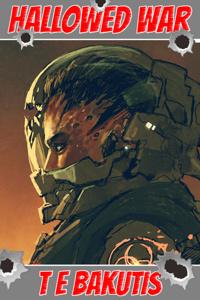 Rumors of disappearances and brutal murders menace the people of Dios, a massive island city constructed using advanced post-Break technology. Witnesses in the slums of Rocham have reported sightings of multi-limbed monsters prowling the city at night. Dios PD can offer only vague reassurances.
Cloud Nine Engineering has evacuated and quarantined a large portion of Rocham, and the quarantine zone expands every day. Soldiers drive the poor from their homes. Witnesses report unmarked black quadcopters flying over the city at night, and sightings of armored soldiers with glowing eyes.
And for one starving street kid, a simple burglary attempt will turn into a fight for his life...