Sord in Prosperity - Hope Beyond the Apocalypse 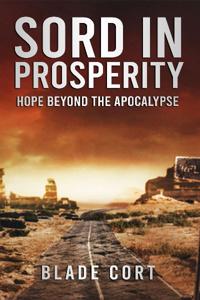 Sord was born after the second Great Debacle. He attends high school in Prosperity, the domed nation-state and last known assemblage of humans and hybrids on Earth. His father disappeared in a mysterious physics experiment, and his mother makes him read his ancestor's diary to understand what life was like before the debacles.
Trouble just seems to follow the poor guy. Then there's Daisy, his ebullient new girlfriend, and they embark on an edgy adventure together. (episodes 118 - 159 of 159 in series)