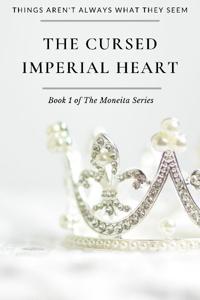 In a world divided into different social classes, a nameless girl starts her journey rather tiring than most kids. Abandoned by her parents, she became a servant at a very young age to a wealthy noble family--the Brotillon, a family of powerful water elementals. Whose head is a well known Viscount. Though the girl was born with shiny brown hair and sparkling brown eyes, it was for that reason that she became a laughing stock to those around her. With no one to turn to for support, she swore to learn how to use magic no matter what! But as each day goes by, the beatings and humiliation got worse and worse. Finally had enough, she lashed out screaming! Done with the world she lived in! Done with her life! Only to faint out of exhaustion afterwards.
Upon opening her eyes, she expected nothing more than an empty room with no one inside but her. However, it was the opposite! A room full off doctors and worried faces?! Indeed, she must have hit her head so hard when she fainted! She's probably just hallucinating, right?! But to her shock, it was all real! The Viscount who constantly beat her, patted her on the head?! The mistress who ridiculed her every chance she got, was worried?! Not just that, but----CRYING?! This continued for the next few weeks, and it looked like the 'situation' won't be stopping anytime soon. But she of all people knew, that it was all an act. But the question is, why? She screamed and lashed out at them, so why? Or perhaps, what she really needs to be asking are....
What REALLY happened before she fainted?
What are they hiding from her?
And lastly,
Why are they suddenly interested in her eyes?