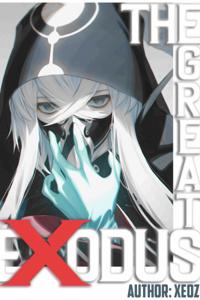 Parallel worlds or other worlds. The existence of infinite existence where it only exists in science fiction like in comics, books, or cartoons. We, humans, are so fond of that fiction idea, imagining a thousand worlds where we can have different appearances, lives, and selves. For example, a murderer who's been living in the underbelly of society in the dark might be the most successful businessman in an alternate timeline or reality.
The infinite possibilities we could have, that's why the idea of parallel worlds revolves around "what if", " I should've...", etc. The wishful thinking that how we could have done it better or in a word, "regret".
Other than that, it's still from fiction. The concept of it only exists in our imaginary minds. But, it all changed when 20 students from an ordinary high school were caught in a mysterious phenomenon. A surge of blue light crawled across the whole room, symbols, lines, and geometric patterns emerged slowly. The light slowly grew brighter and brighter, in a blink of an eye, all of them vanished. Till to this day, the mysterious phenomenon was left to be unknown, with the existence of those 20 students.
Join the journey of Sirius Steorra and Elizabeth Schwartz as they transverse to the other world and uncover the mysteries of its world. A world that’s shrouded by mysteries and history.

This is their story...

This is also available in Webnovel and Scribblehub.
I do not own the artwork, if you are the illustrator just let me know if you want me to remove it. (Only using it temporarily)
DISCLAIMERWork of fiction. All the names, places, and events are all purely based on the author's imagination. Any resemblance to an actual person or events is purely coincidental.