Lord of a Small Town 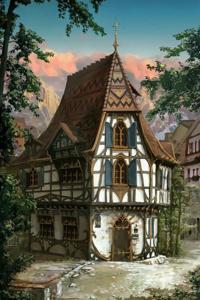 Jay was a Lord's Son of a small, impoverished town known as 'Haven'. Haven was once a town that flourished, however due to Jay's Father taking over 40 years ago, it was desolated and all the commoners had to pay high taxes, whilst work was something that wasn't available.
As his Father died, Jay was blessed with something that all Lord's had - a system.
Like his Father proved, this system can easily be exploited for wealth, which of course would effect the towns people. Jay wanted to strive for greatness, and for Haven to prosper once again.
Follow Jay as he attempts to complete this goal, however he comes across a passion of his - magic.