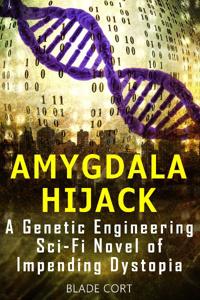 A platinum-gold obelisk crash-lands on a Saskatchewan farm, warning of imminent alien invasion.
Peter Scott, a science podcaster with ratings in decline, considers this a gift from heaven.
He plans to reinvigorate the show's slumping popularity by interviewing a cast of edgy experts with brazen proposals to defend Earth from the anticipated invaders.
But the planet has bigger issues than space marauders. That's because it's 2037, and DNA is just another programming language. Gene editing has vaulted society toward anarchy as humans rapidly hybridize, modifying their bodies with edited DNA, robotics, and computer interfaces. Add to that the constant existential threats from engineered microbes.
Alien invasions, social disruptions, and pandemics are not the only concerns for Peter and team. Shadowy forces will stop at nothing to kill the podcast – or them.