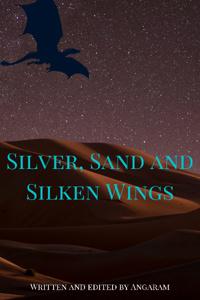 In the opinion of the common storyteller, Sylph did not exist.
In Sylph’s opinion, they deserved every piece of rotten produce she could find.
After a hurtful bout with a bard, she had to admit that they were not wrong. She did not matter to the world. She was a broken Aer, a war-leftover, picked up out of pity. But it raised a simple question: Why did it come to that? She knew the answer lay with her birth mother. Her mothers and mentors refused to give up information about, lying straight to her face about the truth and her whereabouts.
Sylph was not the scared hatchling from 15 years ago. If nobody wanted to tell her, she’d find her mother on her own. Accompanied by her best friend, a young human alchemist named Brandon, she journeys out and quickly realizes they are in over their heads.
Maybe her mothers were right to hide the truth from her.
Expect at least one update per month because work takes a lot out of me.