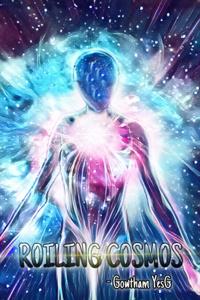 At the end of the twenty first century, humanity was busy patting it’s own back for all the advances it made in science and understanding the workings of the universe. Unbeknownst to them, there were several forces in this world that were forcibly suppressed. So, they were left undetected to most. Only a select few were able to realize the existence of these forces. Even a smaller fraction of them were able to use these forces to a limited extent and their actions were treated as miracles by the general populace. They were treated as heroes, myths and gods throughout the ages.
But now, like a dam that was broken, these forces found themselves free and flooded the entire world making their existence known to almost everyone. Humanity along with several other species gained the natural ability to use these forces and this abrupt shift in power dynamics plunged the world into chaos. Nevertheless, humanity had deepened its understanding of the forces and developed several strains to improve the use of these forces, once again regaining the dominant role on Earth. But how long will the good times last?