The Ballad of Tears 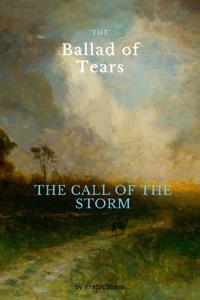 Before the dawn of time, a god gave themselves to protect this world. Their name and form are lost to history. Only the Regent remembers but the last person the Regent talked to, was the very First Vandrainor – a being more legend than legit: She rallied the forces of the continent to fight against the darkness that threatened to take over the world for the Unknown.Wonders were lost in this war. The giants are gone now, the Green Mountains fell in the wrath of the gods –But the twospirits, the Vandrainor of Old, they are still there. And as humanity’s strength weakens, they are called to the Dead Mountains, driven by mystery, prophecy even.To face a long lost foe – and answer the last question: How important are warriors – if there is no war?