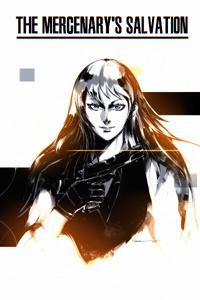 Seven heroes. Seven timelines. Seven archangels. One comprehensive saga:
The Mercenary’s Salvation
Summary: Extremar, a faithful archangel that has served the gods and Heaven for millions of years, has grown weary of his service and argues that he should be granted the right to rule as a divine god as well. The gods of Heaven debate the matter, and propose a contest where Extremar must prevail against seven additional archangels; if he wins, Extremar will be granted power equal to the Most High God, Elohim.
Six of the seven archangels have been defeated, their timelines destroyed and their subjects massacred at the hands of the increasingly evil and genocidal Extremar Thanos. Fearing his victory, Heaven has selected Cato Christel, a thousand-year-old vampire, to do what his predecessors cannot. Realizing he cannot defeat Extremar alone, Cato reaches across space and time in order to cultivate champions while Extremar does the same, the two preparing for one final war known as Tempus Finis.
Superheroes and androids, gunslinger elves and even holy demons, join an expansive cast of characters across a long-lasting saga that combines sci-fi, fantasy, romance, horror, mystery, and several other genres into one interconnected universe. With a truly unique literary style, hundreds of memorable characters, and constant warfare inspired by all forms of action entertainment, you'll always have something exciting and heart breaking to read in The Mercenary's Salvation!
Author's Note: Current release schedule is one chapter, typically around 3,000 words, per weekday. Daily chapter updates start on June 22. Content is equivalent to a soft PG-13 movie or T rated video game, but the series does deal with extremely sensitive topics from the very first chapter. Please feel free to contact the author if you have any questions.
Start reading The Mercenary’s Salvation today!