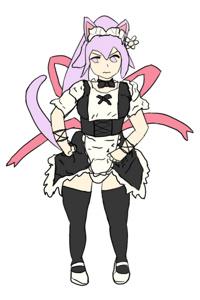 So there is this person named Nyam and there is this person that's me. We both frequent a certain Discord server (official server of the story "How To Tame Your Princess" here on Royal Road. Check it out it's good.) in which we both play a character. Roleplaying, I guess. Apparently, our interactions are amusing to read for the other people in there and someone jokingly said they'd watch a show of the two of us being roommates. Now, I can't make a show but, since it seems fun, I want to write a web novel instead.
Well… it turned out I was right. Partially at least, it is fun to write. But sending around a pdf of each chapter to all the hundreds of thousands of billions of people who love my writing and desperately want to read it, isn't fun. So I decided to upload it here instead.
Honestly, I don't know if it'll be a fun read for anyone that's never been on the server and seen us interact before. Probably some references that you don't understand, but other than that, it may be good? I don't know, you read it and tell me afterward. It's a laid-back, slice of life kinda web novel. The chapters are independent of each other.
If you spot any mistakes in the current chapter, please write them in the comments. If you spot mistakes in older chapters, send me a private message through Royal Road or Discord instead, please. Thank you very much :)
The cover was made by Blazblack and is a picture of Nyam.