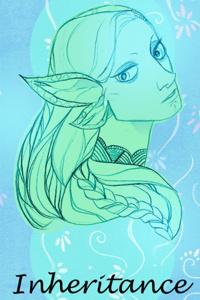 Eory is a fairy prince locked in a tower. However, unlike classic fairy tales of princesses locked in towers, the reasons for him being locked up may be justified. Eory comes from a long line of the corrupt Arrozan Royal Family; a family known to be evil at its very core, with every member being the cause of some great tragedy. Eory is the last of the Arrozan line; the remaining members of the Arrozan Royal Family were beheaded by the human, Laurence, who then seized the throne for himself, as the kingdom originally belonged to humans. Eory was rescued at the age of six from the beheading by a waif named Kori, whose occupation is to reform criminals. Kori offered to reform Eory, and Laurence agreed on the grounds that she lock him away to ensure he could not cause society any further harm. Now, at age eighteen, Eory has a chance to be free, King Laurence promised to free him if Eory can behave flawlessly at the ball for one night.
WARNING! There is triggering content in this story.