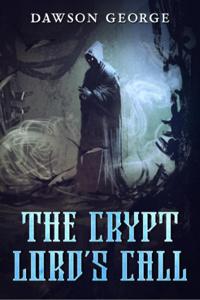 Godguild is a LitRPG with the idea of intelligent mobs being on the protagonist's side. If you like crafting, base-building, and survival elements in your LitRPG, come give this a try.
Book 1: The Crypt Lord's Call
Blurb:
If hell is full, where do the sinners go?
The answer – Godguild, a new universe filled with magic, monsters and stats, where the afterlife is determined by progression.
Theodore Goss plays along as an Afterlifer, hard though it is. But when a vicious guild drags him into a dungeon run, Theo realizes the monsters have it much worse than him.
Theo rescues the skeletons from the guild and builds them a new home. But there are more mobs out there, persecuted by Afterlifers, and he's determined to help them all.
Theo's going to get inside Heaven, and he's bringing the monsters in with him.