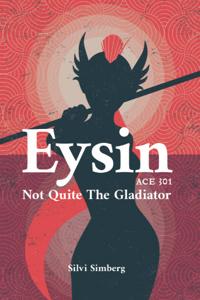 Explore a future Earth with Eysin - an unlikely gladiatorHow to survive as a stray on a fractured Earth, 300 years the future?In a world with giant underearth worms building Temples for humans, and automated quarantine- and anti-flight swarms of Eesian drones limiting when and how humans move.The relative slowness of mobility has brought back raiders and pirates to the seas and the roads. Warlords are having a blast hunting the worms, raiding the temples for their powerful technology, and threatening to spread through the busiest trade routes like a plague, to reintroduce slavery and human trafficking.Eysin, a stray from Reval gets involved with a local security guild studying the worms’ work and Eesian tech. The guild is promising to be powerful enough to help the region stand against any raiders, pirates and warlords - yet, problems with the Temples & exotic tech - and the closest people are bound to steal all their attention.