Journal of an Adventurer 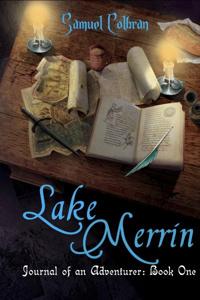 Join Lone Solo in his adventures that will lead him from being an ex-soldier suffering ptsd to fighting an invasion of an unknown enemy as an Adventurer.

Please note: this is written in 1st person, in the style of stream of consciousness.

Journal Entry One
Twenty-third of Harvest, 1007 FK.
Within two weeks I will be on the front line, fighting an enemy that has powers beyond our imagination! It reminds me of a book I read in school—about the end of the Massacre of Magic, and the invasion of those Beasts and their shambling, rotten minions!

Back blurb:
He is a face in the crowd; a nobody, but with every story, there is a beginning.
Travel with this ordinary half-human as he works to find a roof over his head, to put food on the table and stumbles on something beyond his reckoning.This is his journey; this is his path. His Journal. A Journal of an Adventurer.Should he stand up to become a "hero"?
...Will it matter?

This is set in a gunpowder/industrial fantasy world.