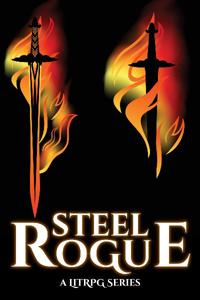 They imprisoned his father. They stole his family’s fortune. And now they’re coming for him.
Rick has a good life. A rich family, a big house in the country. Sure, he can’t live up to his father’s expectations, but who can? He’s determined to work hard, impress his father, and take over the family business one day.
Enter the empire’s most feared bounty hunter. A real bastard of a man.
Pursued into a city full of murderers and thieves, Rick has to learn to survive in a world completely alien to him. But he has a secret. He knows a forbidden magic system that he’s kept hidden all his life, and now’s the time to level it up.
Just one problem – he doesn’t know how.
The only ones who’ll teach him are a group of lovable rogues. Lockpickers and safebreakers who’d steal their own grandma for the right price. Under their mentorship, Rick will develop a peculiar branch of magic. One that might be the only way he’ll stay alive.
Can he do it before the empire finds him?
Escape into a world of lovable rogues and a deep magic system in this rich, fast-paced LitRPG series.