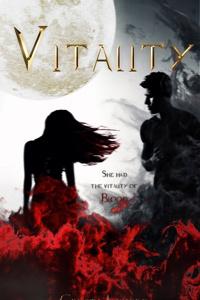 To Ava, love is about as real as fairytales. But it might be that fairytales, myths, and magic have some truth to them after all — as well as the monsters that lie in the shadows. Or she could just be completely out of her mind.After a mental breakdown and a move to a new town, everything changes when Ava clashes with a stranger with eyes as black as midnight and a terrifying sinister air. Her wishes to feel something again become granted. But Ava soon learns that not only is he as cold as he is beautiful, but he brings something out of her, stronger than ever, like fuel to fire — something she's desperate to bury. He haunts her dreams and waking life, and staying away becomes harder than she could have ever imagined, risking her life, her humanity, and the people that she cares about. Not to mention the fate of the world.
She's fighting for life. He's fighting for death.
What does it take to live? What does it take to love?