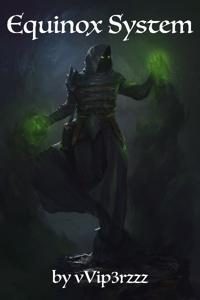 When the Earth was on the edge of change just beginning its journey into the stars and among the countless other worlds, where was Liam? Well he was in the middle of an alley, bleeding to death with no help in sight after commiting a random act of kindness and bravery that had got him a gun shot to the midsection to show for it.
With no source of hope in sight, Liam thought his last day would be in that alley.
Until the Equinox system made contact with the world and offered Liam a last ditch chance at life.
Then that day... well it became the only day Liam knew, trapped in it and forced to live through an endless cycle. With no end in sight Liam trudged through the eons trapped within a single day. Eventually though, through both luck and Liam's unyielding willpower carved by eternity itself, the nineteen year old managed to break free grasping onto his future.
But once again the world is changing and with the advent of the system and Mana who knows whether its for the better or worse. Uncontent to just be a siderunner after years of lonely torture Liam vow's to get back at the system for all it put him through and to protect the planet and people he calls home. While Dragons and Demi gods wish to strike him down and countless powerful indviduals wish to take away what is his. Can their combine might overpower the lone man?
Or can this ancient being use all the skills and cunning he gained throughout his hell to thwart them? becoming something greater then even the system itself. Can they defeat him... or will they sucumb to the wrath of Eternity's Unbroken