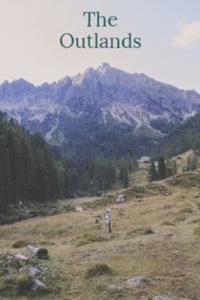 Thomas was your bog-standard high-school kid; approaching the end of his senior year, he wasn't quite sure what he wanted to go into in college, but that was fine, he had time.
Well, perhaps not as bog-standard as all that; his parents died around his tenth birthday in a tragic plane crash, and he was taken in by the grandfather of his childhood friend, Ellie, whose parents had died in that very same crash. There was something...different about the grandfather, more specifically his occupation - despite living in the middle of nowhere with nothing of import within miles, he somehow had some incredibly confidential job that neither Thomas nor Ellie knew anything about.
Until shortly after Ellie's eighteenth birthday, that is. The grandfather took them to a fantastic world known as The Outlands, where he revealed that he was the head of the Freelancer's Guild, and made preparations to show the two the ropes of freelancing.
But...when their stats were measured, things took yet another turn. In a monumental coincidence, it turned out that Ellie had the best stat growths possible, immediately marking her for stardom, while Thomas had the worst possible. Such misfortune would usually mean that he was wholly unsuitable for the business, but...the Goddess of Fortune had seen his bad luck and took pity on him, granting him her strongest blessing.
And, thanks to that blessing, he soon found himself on a path of great change, both for himself, and the world as a whole...
Edited by Vongrak, originally posted on Scribblehub. Chapters daily until this is caught up to SH (Expect ~chapter 65), after which they're weekly on Sundays. Chapters are generally 2,500 to 3,500 words.
Contains romantic elements of the lesbian variety. Nothing explicit beyond kissing, though further is implied.