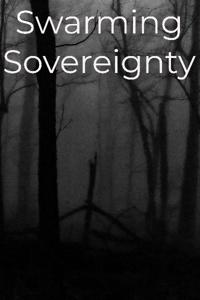 Lia was walking between classes when the targeting on a wizard's lightning bolt went awry and the bolt struck Lia, killing her on the spot. And that would have been the end of it, had her best friend not managed to somehow preserve her soul and bring her back...as an entirely new species of monster called a Swarm Queen. And, apparently, she was going to be trying to take over the world, make everyone into part of her swarm. Eventually. When she got stronger.Well...she already died once, so what harm is there in giving things a second go, right?
Main character receives no gender bender, but it does feature in the story. Likely to contain lesbian elements, but that has yet to become relevant.
This series was originally posted on Scribblehub.
Chapters are coming out once a day until this series is caught up to Scribblehub (~chapter 11/12), but after that it'll have a strict update schedule of "when it comes out, it comes out". That can mean two chapters in one day, or over a month between chapters. Both have happened in the past. This is something I write on the side while "turning my brain off", so just keep in mind that releases will be inconsistent.
READ THE FOREWORD: I cannot stress this enough, this series is different from my other series and there come some caveats with it. In the foreword I address a lot of comments and questions I foresee people having. A lot of tags are also speculative (note - the tag system here isn't nearly as comprehensive as Scribblehub, so I'll be using the Scribblehub tags in the foreword), so there is also a brief explanation of them there as well. If you find yourself having questions about a tag, the foreword is the place to look/ask questions.
Currently in the process of posting to Royal Road as well.
Cover image courtesy of Dev1325, go check out their store at wildphototaker1325 at picfair if you're interested in it!