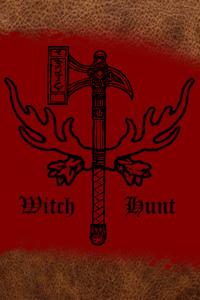 The adventures of Adebar von Bolstedt continue!Adebar von Bolstedt, fugitive noble scion of the Empire, stuck in the Great Forest of Talabecland, is gravely wounded by the bestial denizens of the dark wintery woods, only surviving due to the timely arrival of aid and relief in the form of the masters of this land.What begins as a pleasant stay with the wild noblemen of Talabecland soon becomes a matter of faith and tradition as old as the Empire itself, when he finds himself trying to root out a coven of witches from a society that prides itself on rural living and knowledge of the mysteries of the wild. This quest will either see von Bolstedt's shaken faith in his own god reforged into an intolerant blade, or shattered like ice.
Word from the AuthorGreetings! Witch Hunt plays out in the much beloved Warhammer Fantasy setting (owned, of course, by Games Workshop). Do not fret, however, as I've made it a point to make the story digestible even to the uninitiated, and maybe even be a good introduction to the setting. This is the second part of the adventures of Adebar von Bolstedt, as such I recommend reading part one, titled "The Hand of Sigmar" first.While I cannot claim the places, concepts and gods etc. mentioned within as my own, the story and all characters flowed from my own fingers.