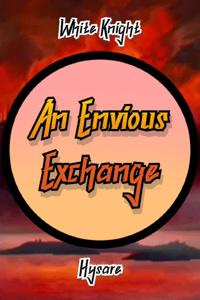 In a world full of magic, how can someone survive with no magic!?
Surrounded by talented individuals, the nefarious Seven Deadly Sins and a system of meticulous magic, Alsop Dusseldorf has become the epitome of being a knight with no magic...in a magical world. Instead equipped with a stunning set of swordsmanship and stamina, Alsop manages to make a mark in the Kingdom of Bournington through his sheer determination to become the most legendary of knights.
However, terror strikes Alsop's daunting challenge when an array of evil threats come looming in the distance. Forever an ominous threat to the lands, the Seven Deadly Sins had been trumped by the might of several legendary knights. But when one such sin manages to escape their confinement, it is up to a flourishing cast of characters and Alsop to lead the charge in taking down the sin and bring forth a legendary status to his name.
To come to such a triumph, Alsop must face battles involving a mysterious uprising of followers of evil, a clash of companions at a Contest of Champions, and a strange phenomenon occurring within the realms of his mundane body with no magic.
With all these challenges coming his way, will Alsop manage to stop evil and become a legendary knight without the blessing of magical talent?
(Volume one of the White Knight series)