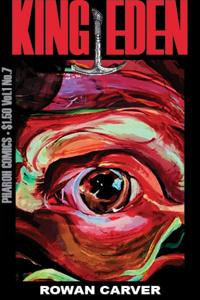 Years have passed. Earth is home to clandestine groups of survivors and fearsome beasts. Factions battle one another over contaminated resources, governed by violent warlords who rule with cruelty and greed.
But they all bow to the wealthy from the ancient days, immortals who strive to reclaim a planet they lost long ago. These powers commit genocide to escape a fallen paradise, while the ones they destroy infect themselves with disease, gaining strange abilities just to stay alive--at the cost of their sanity.
King Eden is no different from the other corrupted warlords. Feared by allies and enemies alike, she rules her kingdom from afar, fighting hostile wastelands just to save a people who thank her with disrespect. When the wealthy plan an attempt on her life, she loses the one thing most important to her; the heir to her throne. Her kingdom is in anarchy and her son is imprisoned on a planet that she can't reach. But these odds matter little to her. She abandons her homeland to challenge old gods and metal titans, all for the sake of her power, all in the name of revenge.
This story is also available on Wattpad