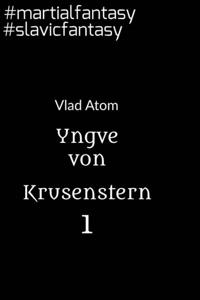 Eclipsed by his elder brother's glory, Yngve always wanted to become someone. To become stronger, and beat his brother in a tournament at least once. Little does he know fate has plans for him. Yngve will lose everything near and dear to him and, like flotsam, he will be beaten by the waves ashore a distant land - the Russian Empire!