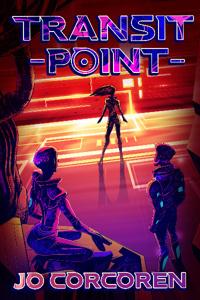 The clock’s about to run out—but Adrin’s got one last play to make.
Serving in the personal vanguard for the Archon, the weaponized AI Adrin and his partner Linya take care of the quiet problems. The ones that threaten the throne’s stability. The ones that never see the light of day.
But when Adrin is deemed obsolete by the Archon’s advisory council, he’s faced with one final chance to prove his worth and avoid decommissioning—infiltrate a nobleman’s servers and eliminate the illicit AI being developed within. It won’t be a simple task, especially when the AI are locked deep inside deadly training simulations. Even if Adrin can make his way through the bloody games to his targets, the only prize waiting for him is a fight to the death.
A chance in the ring is better than a one-way trip to the junkyard, though, so Adrin sets himself to his final mission with single-minded focus. If the council wants him to play their games, he will.
And to the victor go the spoils.