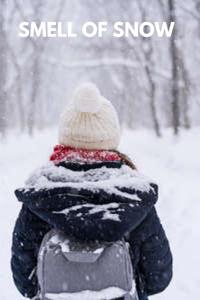 Prologue
The automatic door whirred open. The winter air was colder than usual. Will it start snowing today? thought Eira as she stepped outside the door. Her eyes were drawn to a family walking up to their car. She was caught by surprise by a small snowflake on her nose. She looked upto the clouds. The snowflakes slowly fell down. Some even looked like they were dancing, carefully falling down as if not to hurt whatever they land on. Eira stood there looking at the snowflakes softly land on the leaves on the tress nearby. She looked back to see if her sister was done. She saw her picking up her bag getting ready to pay. She turned back to the snow and slowly closed her eyes. She breathed in the familiar, fresh smell of snow and smiled to herself as she was reminded of her father. She felt a tap on her shoulder from behind her which was accompanied by, "Ah, its snowing. I hope it doesnt snow too much..."