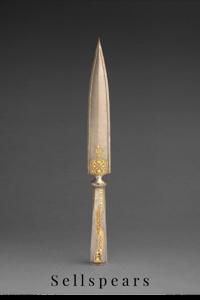 The Holler of Souls is one of many relics that dot the world and soon the nations will learn that relics are the future of warfare, and the Holler of Souls is the most important and elusive of them all. Several factions and relic hunters around the world hunt for the ability to speak to those who have died and engrained their memories into this mysterious relic. The information hidden there is deadly in the wrong hands. And two unlikely individuals are on the hunt for it.
Darim is a gambling, free-spirited sellsword with a good heart from Mahar who drinks a pint to too many in the foriegn nation of Karth. Lia, a Karthian native finds this competent spear fighter and convinces him in his drunken stupor to sign a soul binding contract that ties him to her. Now he must follow her in her quest to find the Holler of Souls and act as her protector. The journey will take them to the farthest reaches of the world as enemies pursue them. Whether it's vindictive bounty hunters, wrathful witches, or cunning warlords.
This story is a character driven story about the two individuals and their friendship. The focus of this will be the relationships they build, the hardships that bring them closer together, and the strenuous hunt for the Holler of Souls.