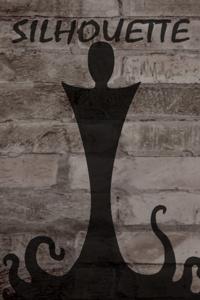 We all grew up hearing stories about heroes and villains, but what would we do if we were to be part of one ?

One night, a bioweapon escaped from its laboratory in Zalcien, only to die in a dark alley.
One night, a young man lent a helping hand, only to die alone in the dark.
One night, a deity of death saw two lost souls and offered one a second chance in the other's body.
Now a strange creature made of darkness, James has to deal with his new form in a strange new world where super powers, heroes and villains are common place, far away from his home. Watch as he learns how to use his powers, as he meets allies and enemies and how, when facing the paths of heroism and villainy, he chooses a third way somewhere in between.
Follow the story of James, a lost Earthling soul, as he becomes Silhouette, the mysterious power in the shadows.

Greetings fellow humans. This is my first story on Royal Road - and my first long term project written in english - so I do hope you will some mercy in your heart when reading. So, as may have understood, this is a story with super-heroes - which is quite ironic for my first story considering all of the other ones are fantasy - and as such will take place in a modern-like setting. Despite dark themes and gory scenes making their way into the story it is still a super-hero world with the logic that matches, so expect characters to survive nuclear explosions without a scratch and yet to get defeated by a rubber ducky.