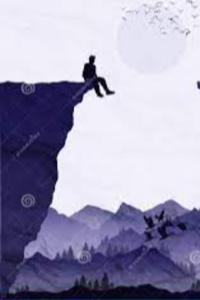 The world changed during the five years since the monsters appeared. Humanity has barely been fending them off, until the Evolved started appearing. A boy, no older than 15, happened to be the first to Evolve. How does he respond to the constant destruction he's seen?
Let's find out.

Unfortunately, I broke my writing schedule. Partly because I felt particularly depressed for an entire week, partly because I realised that the story idea was bad and I didn't know where to go with it. It'll probably be the same for this story as well.