The Strongest in the World 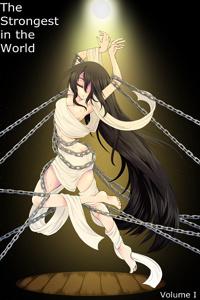 Nephew of the Emperor, the Firstborn Son of Terror's Mother, the next in line for the throne of the Jabarian Empire, victorious general, unbeatable gwarrior.. Gottfried Jabara has all that one could want in life despite being barely a man's age... everything that is... except a choice about what to do with his life.
Iris Vansi Valoisin is a slave. The daughter of a once noble house which committed treason against the Jabarian Empire. And yet deprived of all choice, she has her cunning and her iron will.Conspiracy, treason, and terror in the heart of the Empire clash against desire, family, and destiny which will answer the question, 'What does it mean to be 'The Strongest in the World?'