The Three Saints And Their Survival Game 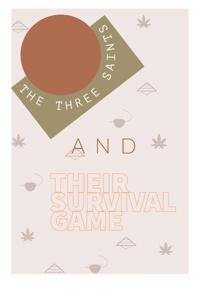 A group of three friends died at the same time and was transferred into a novel they've read before. Each individual had made their own grand introduction: One fell from the sky, one found floating in a river, and one laid unconscious in a forest. In this game of survival, where the group became the notorious villainess's target. How will they survive and mark their spots in this world?