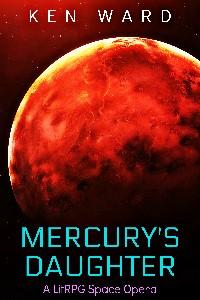 Someone gave her these abilities, but who?
Alida's power has made her an effective mercenary. She's never been in a situation she couldn't handle, even in a solar system full of powerful men looking to take her down a peg. But then she's never been in a position to threaten the very order of things - until now.
Born into a world she didn't choose, raised in an orphanage upon being abandoned by her parents, Alida's worked hard to put the past behind her, but the nagging questions remain. Who gave her the implant that gives her such powers? Who are her parents? Where are they now?
On a mercenary mission to make someone else rich, Alida winds up on a collision course with destiny. She learns her powers may not always be there, and the past might not be what it seems.