The Tale of a Fenrir 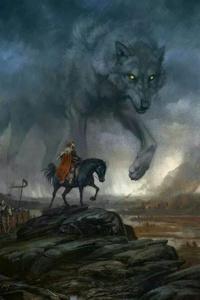 Zack was average. The only thing that can be considered abnormal was that he lacks the empathy of a normal human. One day, disater struck and his home burned down. He fell victim to the flames and died. But that isn't the end of his story, as for an unknown reason he was reincarnated as a little puppy. Watch him as he uncovers the truth behind his reincarnation.

Don't expect much from the grammar, because english isn't my mother tongue (but please be free to point out major grammar errors). The Cover also isn't mine, so if you are the drawer message me, if you want it to be removed.