Sins of the Fathers (A Dungeon Story) 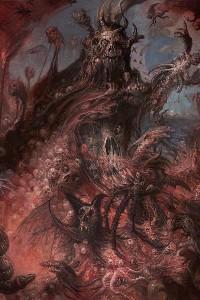 Extract from the histories of Hogenbach, written by the grand historian and self-proclaimed drunkard Gregor Meinzt.

"Ah Hogenbach, a crumbling shithole of a kingdom situated in the arse end of nowhere. A land of rolling hills, cold winters and home to a population of short and bitter people. A terrible land. Yet it is here that the greatest calamity of the modern realm took place. It was here that the writhing dungeon was born.
Some call Viktor Grieswald a hero, others curse the name. And yet fewer still know him for what he truly was. His was a sad existence, made to shoulder the burdens of an entire realm. He helped, he harmed and he left a trail of destruction in his wake, he will always be my friend.
But know this, whatever your opinion on the man, nay the monster is, one thing is true. The world will never be the same after his presence, we made sure of that."

AN: Alright, this is a dark fantasy dungeon story without the use of reincarnated characters or a system. Yes, I tagged it litRPG as it uses game elements, no these do not include a status screen. Read onwards if you dare.