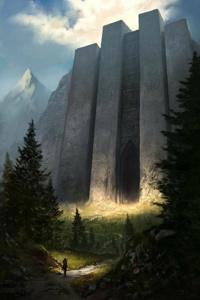 Demons roam the earth. With no need for water of food, and seemingly immortal, they devoured everything in their path with no known purpose.
The lord of the capital city abandoned all attempts to fight back against the demon hordes retreated behind massive walls built around their city. Isolating them from the world, and allowing the demons to multiply. Living in prosperity the only known humans left began to fear change.
I young mage lived a happy life, secretly casting spells and brewing potions in home, but what happens when his act of courage reveals his secret?