The Children of the Divine Limit 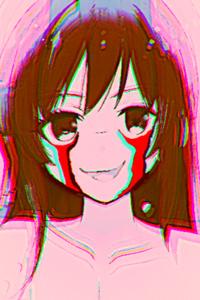 Ajax and Shaula are two young adults with a very deep friendship.
One day, in the final semester of their high school, the Supreme God Oromasdes appears before Ajax and Shaula with the message that He is summoning the two of them along with their entire classroom to another world called Omicron to be heroes, with the promise that Ajax and Shaula will return in a few decades.
Ajax is being ripped away from his mom, dad and his sister Rita. Shaula, who has no one beloved except Ajax, has to protect him in this new world while awaiting their homecoming.
Their mission given to them by Omicron, specifically the Holy Sapioran Federation representing the human race, is to help the humans fight against the demons who have launched an annihilation campaign against humanity.
Unlike their classmates, neither of them have received the divine protection of the Hero, resulting in a hell beyond their imagining. Nevertheless, the providence that both Ajax and Shaula have received from Oromasdes has yet to fully reveal itself.
The world of Omicron they've been summoned to is extremely complex with a rich history. They aren't in a video game or a dream.
Their feelings of pain are real. Their feelings of sorrow are real. Their feelings of love are also real. Their effect on the new world is real and tangible. People live and die here just like back home. There are racial and class struggles even here, especially here. Conversely, the emotions and pain that their enemies and friends feel are also real.
Shaula is committed to surviving with Ajax until the promised day when both of them can return. Ajax wishes to protect the people he can reach and make it back to his family.
So long as they have each other, they'll live...
But at what cost?
IMPORTANT:Try to bear with me through my slow pacing in the prologue because there is a lot of stuff there that will be explored in the rest of this very long and intricate story. In case, you've reached Chapter 9, I recommend continuing through chapter 10 and 11 to really see if you're interested in where I'm taking this story. I'll be posting those today Wednesday, June 9th, 2021
<<----- I will be posting chapters all current chapters until the latest one and then daily around 8:30pm EST. Chapters will be between 1200 - 2000 words on average (except the Prologue). I will notify everyone if I need longer to write the daily chapter. ----->>
Give me comments if you can! I'd love to know how I could improve my writing style! Be warned, there will be lots of sexually explicit, gruesome, gory and disturbing scenes. The writing will be 18+.
The cover is taken from a website called This Waifu Does Not Exist (Google it, all anime girls there are public domain) and heavily edited by myself. Let me know how it is!