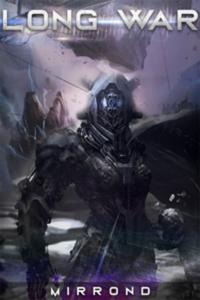 Against humanity’s hopes, neither leaving Earth nor expanding through the galaxy could change our nature. As mankind expanded throughout the stars, so too did our problems. Struggles which will haunt humanity until the unforgiving galaxy finally claims the last human life.Almost four hundred years have passed since the downfall of the Solar Commonwealth, our first and last joint interstellar government. Mankind has broken apart into dozens of subspecies, hundreds of religions, and tens of thousands of nations. The Solar Republic and the Confederation of Mankind never ceased their struggle to become the Commonwealth’s true successor. The Long War continues ever on. All while numerous outside forces threaten the survival of them both.Now, however, something unpredictable has happened in one of the forgotten corners of Human Space. A man from another era has received a mission. Will he merely become a footnote in history? Or perhaps he is the herald of the end of the stalemate and the conclusion of the Long War?