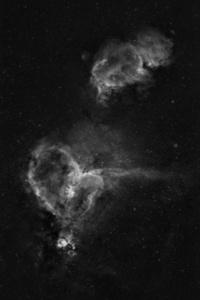 In the year 2023, scientists investigating the nature of dark matter caused a blackout throughout the entire world of Coranth. With this blackout came the appearance of supernatural and near-magical elemental abilities able to be wielded by all. By harnessing the dark matter in the environment, even ordinary humans now accessed powers that would have been deemed fantasy. These abilities include Wind, Fire, Lightning, Water, and Terra, being the five natural elements of which dark matter is absorbed by the planet itself. Additionally, the two moons orbiting Coranth offer the "Superior" elements of Dark and Light.
The year is now 2041, and Dark Matter will follow the story of an adolescent boy named Raiden Sullivan in a dystopian future, 16 years old, eldest of 2, and son to Marcus Sullivan. Raiden is an intelligent young man belonging to a poor family with an absentee mother. He partakes in daily chores to cover living expenses after school and his home life is surrounded by his caring father and younger sister.

In truth, this is my take on urban fantasy with slight LitRPG that keeps the "magic" elements somewhat scientific for a more realistic story. In using the dark matter surrounding our universe, humans can now harness elemental abilities as well as absorb dark matter from the beasts/monsters to further strengthen their abilities. For the most part, that'll be the main premise of the power system.
Full transparency, this will be the first story I write and also the first story I publish, so please be patient with me. For some context, I'm an avid reader and after 4 or so years of only consuming, I feel that it might be time to try my hand at writing instead. Please feel free to add your opinions and criticism, it would be much appreciated. With that said, I hope you enjoy Dark Matter!