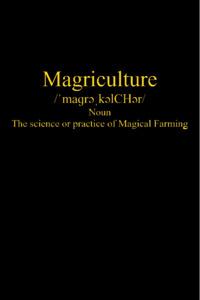 When Aurum Industries announced the first Full Immersion Virtual Reality Massive Multiplayer Online Role Playing Game (FIVRMMORPG if you're hip) Limitless Online, most people saw it as an opportunity to live out their sword and sorcery fantasies. John, however, saw it as the opening of a new and as of yet uncrowded job market. One he was willing, and eager, to exploit.
Determined to make money through virtual hard work and effort, John sets his sights not on the heights of magic or the perfection of the sword, but instead upon the tilling of the soil and the sowing of seeds as he explores the wide and wonderful world of magical agriculture all from the comfort of his own bed.

Disclaimer: This is, at best, a very rough draft. I have already had to do one major rewrite and several minor rewrites of entire sections of the story, and it is a virtual certainty I will have to do re-writes again.
Such changes may be as small as editing a few numbers (such as going back and changing how much mana an object holds) or it may force me to re-write entire chapters (this has happened once already, and I'm really hoping it doesn't happen again, but... life). Minor re-writes will probably never be posted here. Major rewrites probably will.Anyway, what this boils down to is: If you're looking for a fully cohesive story with few to no errors and publisher level editing, this is not the story for you. If your looking for a cohesive plot that's more than "Man farms, man farms, man farms well, man maybe makes money" you're probably also in the wrong place, but I will attempt to entertain you anyway.