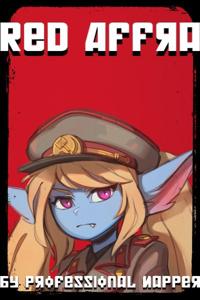 In the fantastical Spirit Realm of Runeterra exists an alternate reality where eternal war is waged on a near planetery scale. Yordles, the dimunitive and whimsical magical creatures of Runeterra have been thrust into all out war! Super powers like Russia, the United States and Germany fight for domination of Affra. Several thousands of years have passed in the blink of an eye, frought with the terrible atrocities commited in the name of progress. Now the largest super powers across Affra race for nuclear supremecy in secret after an armistice brought uneven peace to the war-torn realm.We follow a team of Special Forces Agents working behind enemy lines to make sure the Soviet Union, under its esteemed Primer; Mak Molotok, succeeds in bringing about a Red Affra.

This is just a fun idea spawned from a group of friends, while the story is very much serious the subject of Yordles in a Cold War era stalemate is not. Updates won't be at all frequent. This is honestly a side show to my current webseries despite how much I love it. And once again this story features characters belonging to those friends I mentioned earlier, but this time I'll wait to reveal who is who. The cover art was done by the fantastic Teamoon! Check her out on twitter with that link there.