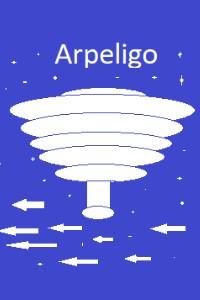 A brother and sister struggle to operate their independent interstellar transportation company within the confines of discriminatory laws and arrogant aristocratic enterprises. But fortune blows their way when they stumble upon a relatively ignorant human who also happens to be a fully authorized Citizen of the Empire, with all the legal rights and responsibilities associated with that status. Taking advantage of the situation, the sister proposes a deal to the citizen to try to secure their tiny company's future.
But things are not what they seem and war between the noble families is reaching a breaking point within the sectors, causing mayhem, instability, and disastrous consequences for our interstellar crew on their trial run with the citizen.

This is another completed novel standing at 28 Chapters and 118k words. I had originally written this during a three-month escapism period when I was super stressed about the enterprise my brother and I were attempting to establish. (We miraculously did it, but I can hardly believe it looking back on it). Most chapters will need significant editing, so I will not be able to post as often as my other novel, Kami-sama, but I plan on doing at least one a day.
The setting is largely influenced by my experience in the transportation industry. I hope you enjoy it!