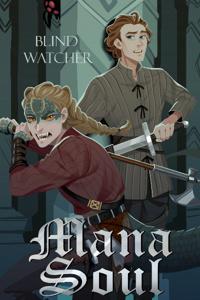 Like many others across the multiverse, Markus was chosen as this world's hero to fight against the steadily approaching cataclysm. Only, something went horribly wrong. Left with only a handful of memories, Markus has spent years clawing his way up from poverty and officially registered as an adventurer to try and make his fortune. Unfortunately, Artificers are the least combat-capable class of the four classes, and Markus has no connections to join an established party. With the fate of countless worlds hanging in the balance, a chance meeting will determine the course of a war nearly as old as reality itself. The story will bounce predominantly back and forth between the primary protagonists every couple of chapters. The time stream is linear, so events are not revisted/rehashed/retold through the narrative format. Characters may comment on something that has occurred, but that's different. Just giving a heads up.Chapters will be around 5-8k and updated 1/week on the same schedule as my other story Ogre Tyrant.