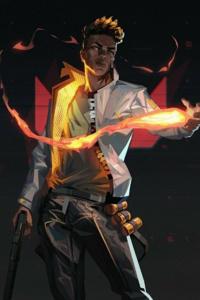 universe's balance is at stake. chaos has become order and order has become chaos. villains run unhindered because of the heroes double standards and their hypocrisy. their rule of not punishing the evil the way it was meant to, has brought this universe to the sage where the creator himself wishes to see it erased. But he is still the creator. he decides to give the universe another chance and choose a warrior whose whole life can be described in one line " I was strong so I protect the weak and collect the justice in their stead. "
A hero who works as a villain. A hero who tore the world apart to make sure that the weak can be protected and can become strong. A hero who just received Hate for his work but never ceases to stop.
so beware bewitched and double standard heroes cause the very God of justice is here to make sure the bewitched get their due punishment.
there will be no redemption just pure punishment, call him a villain, call him a hero, slander his name but He will not stop.
I just found the pic on internet and liked it. If you are the maker of This pic then just tell me i will take it down.