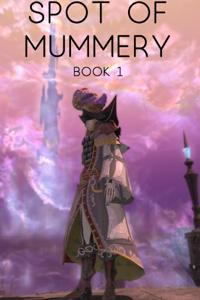 Amon was once a powerful, immortal Technologist of Allagan Empire. However, the people of Eorzea deemed his kind a threat. So, when the heroic Alliance raided his Tower, they killed Amon ...or so the world thought.
Through his ingenuity and aetheric technology, Amon cheated death. Only, things didn't quite work out the way he planned.
Stripped of his magic and technological resources, Amon must now struggle to build a new life in a time long after the fall of his Empire. And if the Eorzean people found out who he once was, they probably wouldn't let him live.