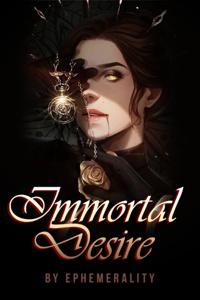 As a pureblood vampire, Fleur is truly eternal. She cannot age. She cannot die. Nothing can kill her; she will exist so long as Ether exists in the world.At first, she had thought it was a blessing. And after the one she loved died saving her, she had thought her immortality was a chance to make things right again by protecting his family. But as life after life, her very presence leads to the ruin of all that she loves, she has learned her lesson. She is a monster. And the love of a monster is a curse.But although she swore never to love again, sometimes fate cannot be controlled. As the years pass, so does her hunger grow. She must search for a way to sate her hunger or cure her vampirism—or risk degenerating completely into a mindless monster. So when she learns of a secret expedition of heretics out to find Ladvin's Vault—said to hold the legendary Panacea—she doesn't hesitate to join.Yet, she never expected herself to become drawn to one of her mortal companions, something she had sworn to herself to never allow. Will the beating of her eternally-stopped heart a blessing or a curse? And with companions that have deadly secrets of their own, and the Order at their heels, will they be able to find and snatch the Panacea? ...And who will be the one who gains it?—Prince Adrian seemed to be blessed with everything anyone can dream for. An Emperor for his father, natural talent, and even Adriel’s Blessing of divine power. But fate has played a trick on him just a year his coronation, for he was struck by a mysterious illness incurable by even the best mages. He was dying, before he had a chance to use his talent to fulfill his dreams. But even though everyone tells him it is hopeless, he refuses to just sit back and wait for his death. Even if it means abandoning everything he had and betraying everything he had stood for, he would do anything—anything—to find a cure and live.But as he leaves behind everything he had known to chase legends and cavort with the heretics he had once despised, he becomes drawn to one of his companions—as well as competitors. But will this new love be his salvation? Or will it be his ruin?