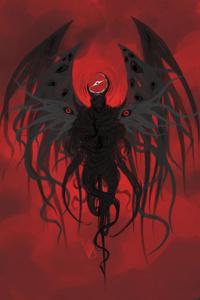 This will be the story of a man who broke and became the terror of the world, he became a living nightmare that slowly killed the world. He eventually died alone, surrounded by corpses on a dead planet that shuddered as the final living thing on it's surface died leaving it hollow and dead.
But he did not stop existing, no he found himself in a new world that he had been summoned to, and strangely enough he finds himself to think and not the ravenous insanity that was his mind.
What will he do? What will he accomplish?
This is the story of Aarick Zilthai.