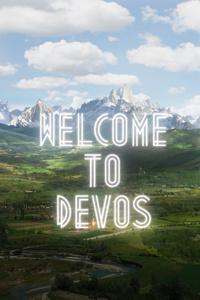 Explore a fully realized fantasy world featuring heroes, gods, and demons in a grounded and story/character focused series.
Welcome to Devos is broken up into parts, each part is more or less a complete story that expands the world, characters, and kingdoms of Devos. It plays out a lot like Game of Thrones where instead of a lead character you have an entire cast, each one getting plenty of time to develop over the course of the series.
It is a relatively grounded, character and story-driven adventure that focuses on people of interest and their relationships with each other, their nations, and the eight gods of power. While the story features a good blend of light and dark themes it can get really grim at times.
The continent of Devos is comprised of 5 territories, they include the three kingdoms of Verdun, Ashmir, and Vespa along with the territories of two demon lords to the north and south. The time period and setting are basically what you would find in a fantasy anime. There are eight gods of power which wield eight different elements and have the ability to "bless" individuals with certain abilities. Monsters roam the wilderness and the ruins/dungeons that are scattered throughout the landscape. Adventurers complete quests, hunt monsters, and explore the vast continent.
We've got heroes, demon lords, gods, spys, special operations assault teams, phantom eagles, kings & queens, cursed chickens, talking goblins, and a whole shit ton more already in with plenty more coming soon.