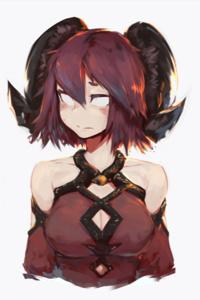 Your average Reborn Game System story, similar to The Gamer and Solo Leveling. Written for fun rather than novilization like the others, so it is smaller and less intense. It is set in an AU Warhammer based on a slightly modified version of Warhammer Fantasy's End Times.. So you might notice names and events but don't expect it all to go the same way. And the Main Character is not the only Player in this game~
I'm kind of a catastrophe when it comes to ethic and drive. So don't be alarmed if there isnt an update for a week or three. Or if there is three updates at once. It's a rewrite of the Rehammer that is around, which means the start is mostly the same with some small changes. Chapter 16 is the first fully new chapter of the book. You effectively can skip to that and not missing anything major if you read the old one, if you don't wanna rewrite.