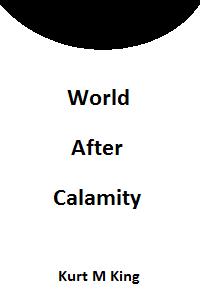 Two hundred years ago, the Calamity occurred, an event which changed the terrain and climates of the world immensely, shifting continents and regions, developing new religions and altering life itself. The existence of magic and monsters was no longer able to be concealed, and until the Sage came and ended the Calamity, the world lived in chaos.
Now, two hundred years later, two primary forces in the globe, united under a single government, oversee all magical and supernatural crime and disruptions, working from the shadows and in the light to ensure the safety of all.
Something has upset the delicate balance the Sage created, however, and monsters sightings occur more and more frequently, and the signs of a second Calamity have begun to reveal themselves. At the same time, young superhumans begin training to fight against the forces causing this, to protect the mundane from monsters, and to ensure ancient artifacts are preserved and secured.
This is the story of Team Lusvar, a unit of extraordinary superhumans, the world they live in, and the missions they're sent on and trials they face.

This story will be posted on my Patreon for Patrons on roughly the 5th and 20th of every month, and released here for free five days later. I'm aware I don't have a big following on here with my one other story on this site, but it's one of four stories I'm working on actively, and the chapters will put my postings to 14-16+ chapters every month. Readers from my other site have suggested I create a Patreon, and so I've chosen to post this story on it. I do hope you all enjoy it - this is my biggest project, save one, and is my third-favorite story to have written and worked on. I'm not sure if it's considered grimdark or not (don't think it is, but it might be), so I'm not putting that tag, but if it is, don't be surprised.