Revenge of Mages Book 1: The Staff of Runetizo 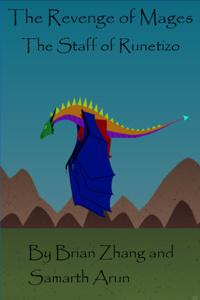 Mensal learns of his newfound abilities, bonds with a dragon, and finds a master of magic who was thought to be dead. He makes friends and enemies in the world of magic, and seeks to understand his powers further. Assassins come after him, after his power is exposed. What will he do in this new world that he's discovered?